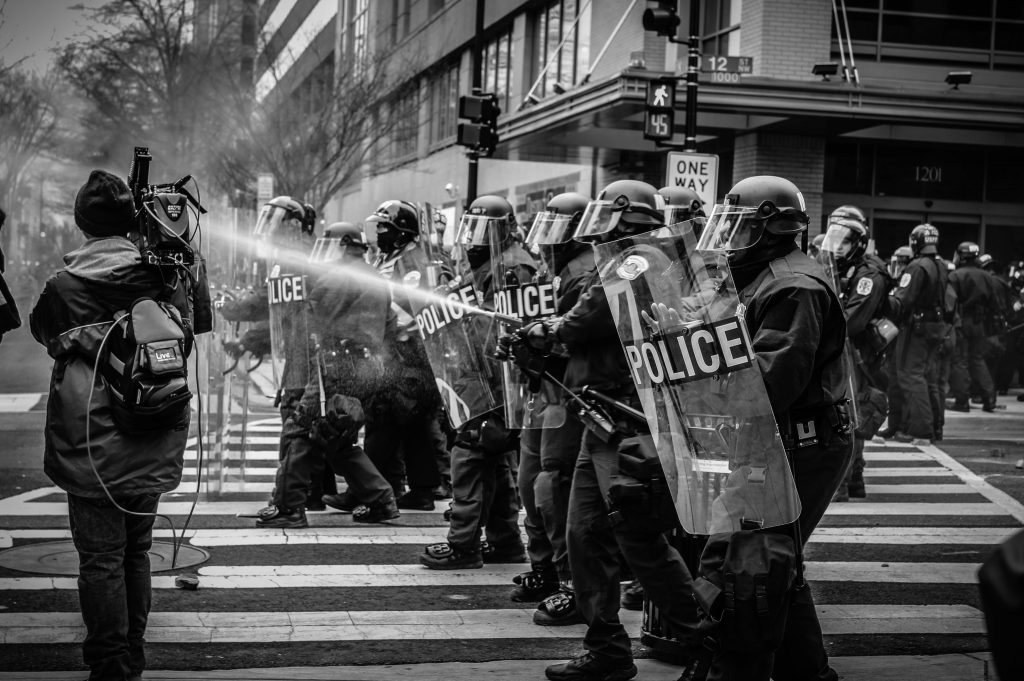 Over the weekend, white nationalists and other far-right group members including neo-Nazis and the alt-right, gathered at a rally in Charlottesville, Virginia. The “Unite the Right” rally was assembled as a means of protesting the removal of Confederate memorials, such as the Robert E. Lee statue found in Emancipation Park.

The rally took a deadly turn on Saturday after a man described as a “Nazi sympathizer” drove his car into a group of counterprotestors. At least 19 people were injured, and one woman was killed after being struck by the vehicle.

It didn’t take long before footage from the rally flooded social media. A Twitter account called “Yes, You’re Racist” asked followers to submit the names and profiles of any rally attendees that they recognized for identification purposes. Several rally attendees have been identified, and at least one such individual has subsequently lost his job.

A police officer in Massachusetts is also facing disciplinary action after a comment that he made on Facebook regarding the violent rally. The officer wrote “Hahahaha love this, maybe people shouldn’t block road ways” on a story about the protester being struck and killed by the car.

How is this relevant for employment purposes?

There are federal laws in place to prohibit workplace discrimination. These are enforced by the Equal Employment Opportunity Commission (EEOC). Organizations should not use ‘protected class’ information against any applicants or employees.

In some states, political activities or affiliations are also a protected class. However, there is a significant difference between saying “I voted for Donald Trump” and saying “I didn’t vote for Hillary Clinton because women belong in the kitchen. I hate all women.” The latter statement includes negative language directed at a protected group of people (women).

Can an employee be fired for expressing racist viewpoints?

Several articles have popped up since the rally questioning whether being a white supremacist or participating in a hate group can be grounds for dismissal. Employers have to decide whether each employee represents their company brand and values properly and if that employee’s public display of disparaging remarks against a protected class is indicative of problems in the workplace.